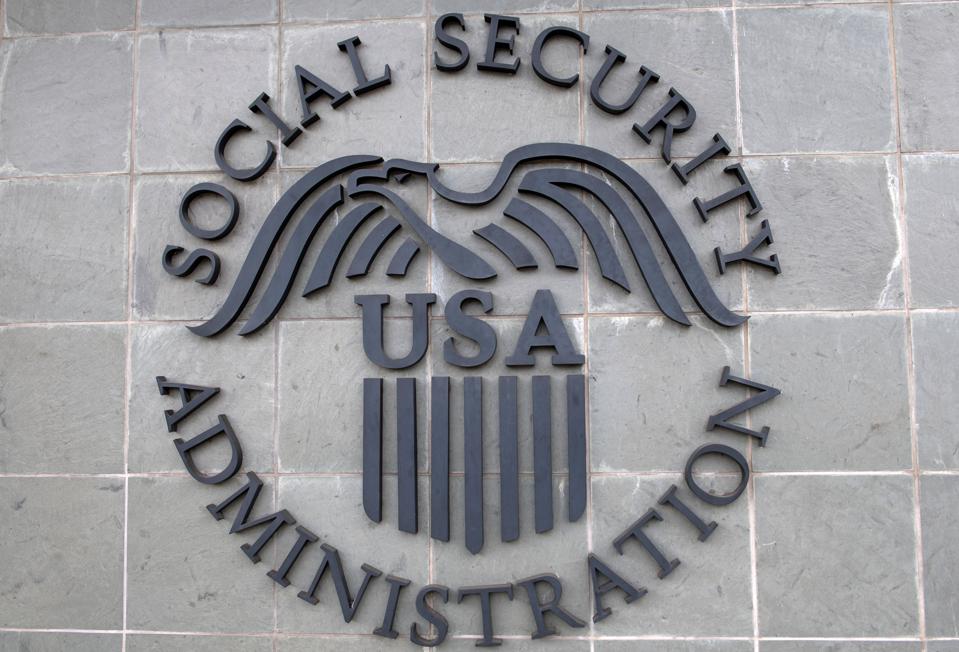 Just in time for Joe Biden to carefully scrutinize — or toss into the circular file — comes a new report from The Heritage Foundation, authored by Rachel Greszler, with recommendations for modernizing the Social Security old age program in order to improve its benefit structure and resolve its solvency problems. Are they on the right track? Yes — and no.

This brief report frames its recommendations in the form of Do’s and Don’t’s.

Don’t enact the Social Security 2100 Act. This House legislation matches up with many of Biden’s campaign promises, most notably that it increases Social Security’s minimum benefit to 125% of the single-person poverty level, per person, and applies FICA taxes to income above $400,000, unindexed. But Biden’s plan failed to fully-fund Social Security because benefit increases ate up most of the added revenue; this bill would have also increased the payroll tax by 2.4 percentage points, from 12.4% to 14.8% of pay. This would boost total taxes to 68.9% for the top bracket in the highest-tax state. The report notes that recipients of all income levels would see benefit boosts, even millionaires, and concludes, “Middle-income and upper-income workers do not need higher Social Security benefits to keep them out of poverty in old age, and workers of all income levels would fare better by keeping the money that the Social Security 2100 Act would take from them.”

Don’t “expand Social Security’s purpose.” Greszler criticizes proposals to use Social Security as a “piggy bank” to fund student loan debt or paid parental leave. These proposals, such as Marco Rubio’s 2018 proposal, would have, more or less, enabled new parents or young adults “borrow” against their future Social Security benefit and repay the funds by deferring the start date.

Do shift Social Security to a flat benefit. Regular readers will know that I’ve touted this reform from the start. Rather than having Social Security try to serve multiple purposes — an anti-poverty benefit as well as a pay-replacement benefit for the middle class — we should recognize that it can accomplish the former purpose much more effectively than the latter. How large this benefit should be, the report doesn’t specify.

Don’t raise or eliminate the tax cap. Greszler cites data on the impact of such a tax hike, and writes, “Even workers not directly affected by the higher taxes could experience reduced incomes as a result of lower capital that makes workers of all income levels less productive.” In fact, this argument is relatively weaker when advocating for a flat benefit; once you’ve removed the connection between the benefit formula and pay, the justification for limiting taxes to a given pay level becomes much weaker.

Do reduce the payroll tax rate. Gradually shifting to a flat benefit would enable a drop in FICA Social Security taxes from 12.4% to 10.1% while also becoming solvent. Of course, ending the cap would enable an even greater reduction.

Do reduce costs by increasing the eligibility age and indexing it to life expectancy, adopting the chained-CPI, and modernizing spousal benefits. This call for a change in the CPI used for Social Security benefits, which would tend to reduce benefits over time, relative to the current CPI-U measure, is quite the opposite of Biden’s call for adopting the CPI-E, an experimental measure which would boost benefits. With respect to spousal benefits, Greszler does not spell out a specific provision but in a separate article notes that the current survivor’s benefit disproportionately benefits wealthier women, and suggests that shared benefits or childcare earnings credits would improve the system. (Yes, there is a point of agreement with Biden’s plan here!)

Do let workers opt out of the Social Security earnings test. This is a proposal I have made in the past as well; Greszler correctly observes that the earnings test is perceived of as a tax but it isn’t, really, and suggests that workers have the option of keeping it, or keeping their full benefit instead and forgo higher benefits if they would be eligible due to recalculations from higher wages.

Do let workers opt out of a portion of their taxes and future benefits. This is in many respects the same proposal we’ve heard before: divert some of one’s payroll tax to an investment account instead, namely, in a system managed through the federal government, similar to the Thrift Savings Program for federal government workers. Greszler doesn’t specify what proportion that might be or what the corresponding reduction in ultimate benefits might look like, but touts the benefits of an “ownership option.” She also acknowledges that the math cannot be a simple matter of proportions because of the need to fund current retirees, though she notes that “That portion—similar to a legacy tax—would decline over time if policymakers enact reforms to put Social Security on a path to long-term solvency.”

Readers, this is where the math becomes challenging, and, to be honest, raises questions of fairness. Even in the existing system, higher earners subsidize lower earners because of the “bendpoint” nature of the benefit formulas. In a flat benefit system, that’s all the more clear. Is it reasonable for a higher worker to be able to use some of those funds meant to subsidize others, to use for him/herself instead? Would it not be more sensible to simply say that the lowered tax rate is what enables individuals to save more in individual accounts?

But in any case, if conservatives who would otherwise object to a nationwide autoenrollment retirement savings program find it attractive if it’s part and parcel of a broader reform package, does that point to a way forward?

Or is all of this simply several years too late, as the Democrats’ new objective to expand Social Security’s benefits doesn’t square with this at all? After all, this proposal imagines a trade-off of increasing benefits for the poor while reducing them for the middle class (gradually over time), but Biden promises we can have our cake and eat it, too, with benefit hikes for everyone.

My highest conviction call is investors are underestimating the strength of earnings season, Ally Invest’s Lindsey Bell says
Covid-19 Is Turning Vacation Retreats Into Homes For All Seasons
Whole Life Insurance In A Lifetime Financial Plan
Biden Covid advisor says plan to release most vaccine doses won’t cause shortage of second shots
Personal Finance For Young Adults: Digital Assets-Know What They Are And How To Protect Them