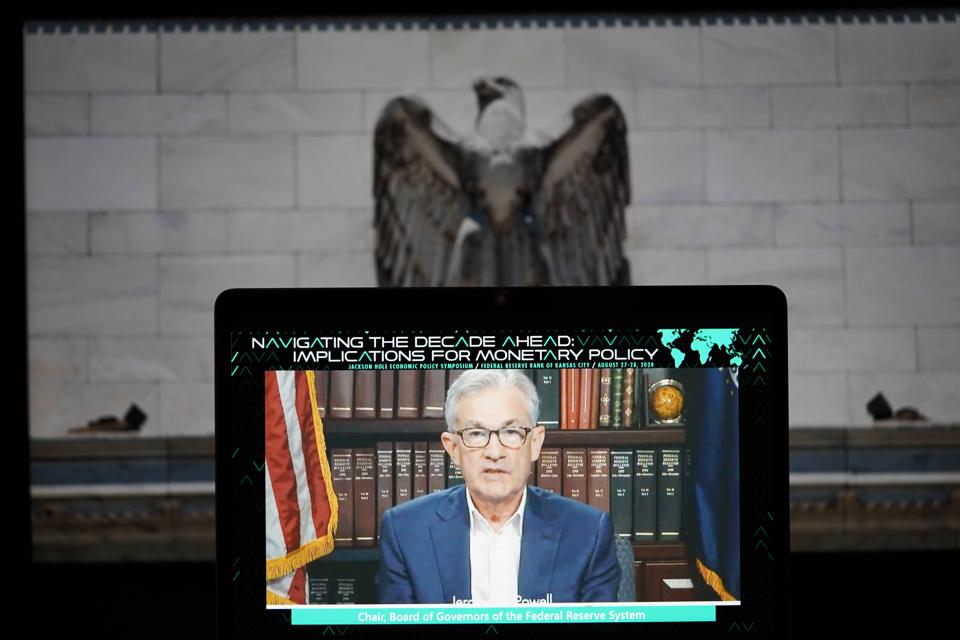 The Federal Reserve isn’t known for making rash moves. So when it announced a shift in decades-long inflation strategy on Thursday – via Zoom, no less – you can expect it to have ripple effects, seen now and into the future. This could have impact on how you plan your early retirement.

The Federal Reserve has long striven to keep inflation from rising too fast, often focusing on preventing it from going above 2% by increasing or decreasing interest rates. With the jobless rate continuing to sit near record highs, inflation remains exceptionally low – even lower than their target – despite interest rates sitting at near zero, they’ve decided to switch course.

Chairman Jerome Powell announced that instead of heading off inflation that might creep beyond 2%, the Fed would hold interest rates lower if other areas of the economy, like jobs, continue to need an additional boost. It’s a recognition of the need for a robust labor market.

While it’s a new initiative for how the Fed views inflation, it isn’t new to how the Fed has operated through the crisis. But the decision to systemize the policy will have far-reaching impact, as Fed decisions determine the price of borrowing, the cost of stock ownership and your savings rate.

Your retirement – or early retirement plans – aren’t immune from this reach.

Here’s what to think about, now that we know interest rates will remain low for the foreseeable future.

High yield savings accounts are a great way to squeeze out a little interest income for your cash reserves. While it’s important for you to hold a few months’ worth of income in your reserves as you’re building up your retirement stock, if you have any extra funds in this account, you may want to send it somewhere else.

The interest rates on these savings accounts, which have fallen from often above 2% to just above 1% during the COVID-19 crisis, will have to remain low, since the rates rise and fall, depending on the Fed rate. If you have more than six months of expenses in this account, you may want to use it on other goals.

For those nearing early retirement, it’s often prudent to hold a year or two worth of expenses in these cash reserves. Expect less extra interest income to build, even if you still plan to hold that much cash in a short-term account.

Since you have less income coming in from safer vehicles, like the high-yield savings account or even bonds, you’ll have to take on more risk by owning more stocks. By doing so, you should expect more volatility in your portfolio.

Since many that plan and invest for early retirement seek stock exposure in total market indexes or the S&P 500, this won’t impact the types of companies you’re likely already selecting. But it does impact the percentage that this stock portfolio will hold within your account. Instead of a 60% stock, 40% bond portfolio, you may need to switch that to 70%, if you’re trying to reach a certain percentage gain, on an annualized basis to retire by 50, for example.

The increase in the stock portfolio is an effort to make up for the poor performing bond portfolio. But, by doing so, you’re needing to take on more risk, which could result in larger swings within the portfolio.

With interest rates remaining low, it will require more saving to achieve your goals, especially if you’re unwilling to take on more risk. It’s simply math. If you can’t gain more interest income through bonds or high-yield savings accounts, you either need to take on more risk – hence more stocks – or save more of your income to reach your goals.

It’s also possible to downsize some of those goals. It’s a good time to recheck your priorities, to determine what you need in retirement, then save for those goals based on the expenses. Many people that retire early want to replace 25 times their expenses. In reality, you want closer to 30 times when planning for a 40 or 50-year retirement. If you can keep expenses down, you won’t have to save as much to get there.

Either way, you’ll have to save more until the Fed can raise rates again. And with job loss near record highs due to COVID-19, it isn’t likely to be anytime soon.

Year-End Planning After The Election: What Financial Advisors & Tax Pros Are Telling Clients About Future Tax Changes
The pandemic pause in student loan payments may end soon. Here’s how to prepare
Can Joe Biden forgive student debt without Congress? Here’s what the experts say
The IRS has blessed this workaround for dodging the cap on state and local taxes
Pandemic-induced ‘nesting’ fuels Home Depot and Lowe’s sales—Why it’s likely to continue