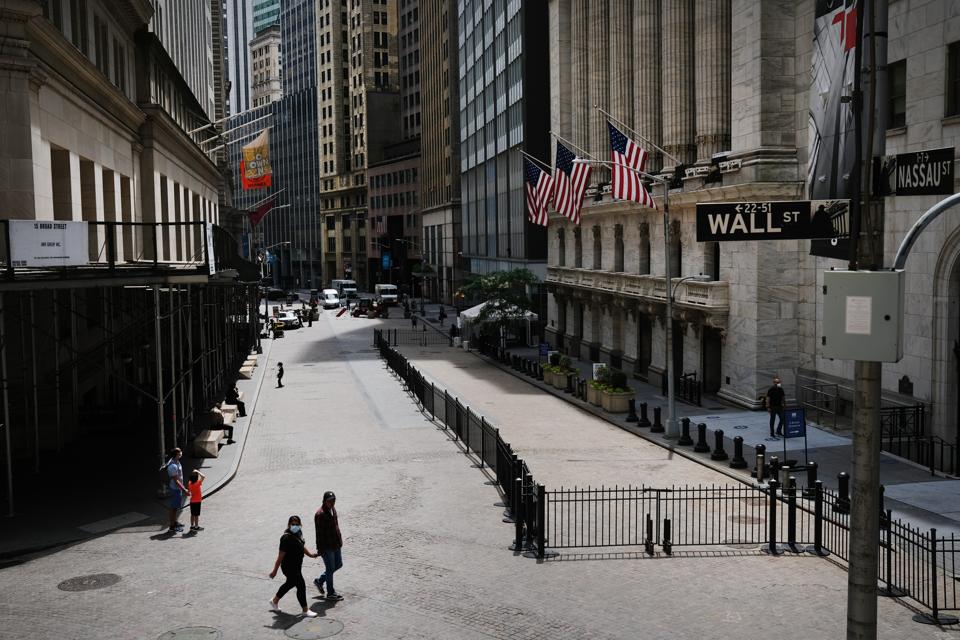 The stock market finished higher on Tuesday, closing out its best quarter since 1998 despite a rising number of coronavirus cases across the country—as many states pause or walk back reopening plans altogether.

The Dow has surged 18% since the end of March, its best quarterly performance since 1987, while the S&P jumped over 20% for its best quarter since 1998. Both indexes are still down for the year, by over 10% and 4%, respectively.

The market fell by as much as 0.5% at the open on Tuesday, before cutting losses and turning positive. Stocks got a boost after consumer confidence jumped more than expected last month (98.1 in June, up from 85.9 in May) as states loosened lockdowns, raising hope for an economic recovery.

Tuesday’s session came amid a backdrop of increasing coronavirus cases across the country, with record numbers of new infections forcing many states in the South and West to walk back or delay reopening plans.

The nation’s three most populous states—Texas, Florida and California—are among those backtracking their reopening processes, closing beaches and bars in some cases.

Shares of companies that would benefit from a reopening of the economy—including airlines, cruise stocks and some retailers—continued to decline on Tuesday.

Federal Reserve Chair Jerome Powell and Treasury Secretary Steven Mnuchin both testified in front of the House Financial Services Committee on Tuesday, but provided different opinions on the timeline for an economic recovery.

Secretary Mnuchin said he expected economic conditions to “improve significantly” in the second half of the year, while Fed chair Powell took a more measured approach, warning that “the path of the economy is highly uncertain.”

The market posted strong gains on Monday, turning positive for the month: The S&P rose 1.5%, while the Dow jumped 580 points. Boeing’s stock soared over 14% to lead the index higher, after certification fights for the 737 Max airplane began on Monday.

Just over 25% of stocks in the S&P 500 are positive so far in 2020, according to Bloomberg data. The vast majority have taken a hit amid the coronavirus pandemic, roiled by widespread business shutdowns that have lasted longer than expected. Cruise stocks, airlines, energy companies and retailers were among the hardest-hit stocks during first and second quarter of this year. Some 374 stocks are in the negative for 2020, while just 128 are positive.

What to watch for

President Xi Jinping signed China’s new Hong Kong national security bill into law on Tuesday, effectively reducing the city’s autonomy from the mainland. While the trade deal remains alive on paper, China recently warned the United States that meddling in “sensitive issues”—such as Hong Kong, Taiwan and other matters—could put the phase one agreement at risk and lead China to halt its purchases of certain American exports.

Full coverage and live updates on the Coronavirus