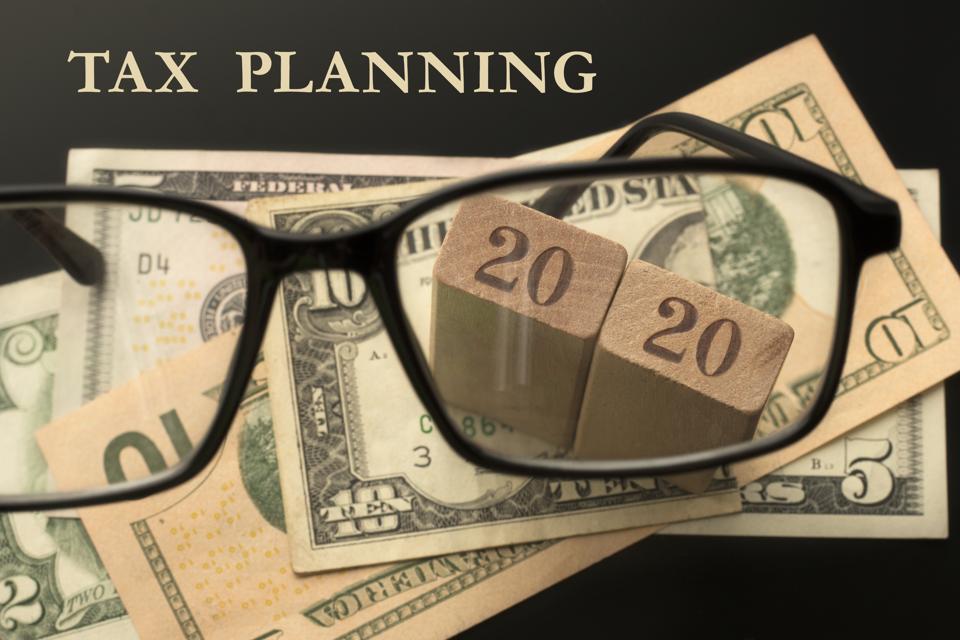 Are you reporting net capital gains on the 2019 tax return you’re about to file? Have you already taken, or could you take, losses this year on bad stocks? Then you should visit your accountant for another look at Section 165(i) of the tax code.

That’s the advice that clients are getting from Bill Smith, a tax lawyer with the Washington, D.C. office of CBIZ, a national accounting and advisory firm.

It’s a basic rule of the tax code that individuals can’t carry losses backwards. But there’s an exception for losses occasioned by a federally declared disaster. On March 13 President Trump declared the coronavirus crisis a federal emergency, with the whole country a disaster zone.

Absent the disaster, capital gain rules can leave taxpayers hurting. Say you had $100,000 of gains last year from stocks you sold. This spring, while pandemic fears raged on Wall Street, you took $100,000 of losses. You’re breaking even, but you would owe capital gain tax (plus, potentially, the 3.8% investment tax, plus state income tax) on last year’s profits. This year’s losses couldn’t be carried back. You could use them only to offset new capital gains or up to $3,000 a year of ordinary income from things like salary.

Losses attributable to a federally declared disaster get better treatment. You can use them on the previous year’s tax return.

This is a big deal. Smith says one of his firm’s clients had $120 million of trading gains last year, followed by $180 million of losses so far in 2020. If he can net one against the other, he won’t have to pay tax on last year’s results.

If this taxpayer can’t carry the losses backward, he’ll owe a lot of money for last year, then have to set aside the $180 million loss for use against future gains. If he doesn’t have any more winners, he’ll just have to be patient. It will take him 60,000 years to use up the carryforward.

Is the Internal Revenue Service going to sit still for trading losses you blame on the pandemic? That remains to be seen. When Congress put the section on disaster losses into the code it had other situations in mind. The idea is that if a flood or tornado destroys your property, and your county is declared a disaster area, you have the option of using the casualty loss against the previous year’s income.

There is solid ground for treating the effects of the pandemic as a casualty, Smith says. The IRS has spelled out the connection between casualties and federally declared disasters in Revenue Procedure 2016-53. With this rule in view, your accountant will probably not insist on attaching to your return a Form 8275, a warning about taking a controversial position on the tax return. (Form 8275 is essentially a “Please audit me” notice; filing it protects you from certain penalties.)

To follow Smith’s recommendation, you’d fill out Form 4684, electing to carry back a 2020 loss to 2019. Then you’d list the capital loss alongside gains and losses from 2019 and net them out. What losses qualify? The ones on travel and leisure stocks would be the most defensible. But the pandemic sent the entire market into a tailspin, so a case can be made for claiming a loss carryback on any security on which you had a paper gain pre-virus. Maybe even bitcoin.

“Pre-virus” means something like before February 1, as opposed to before March 13. A disaster can begin before the government gets around to recognizing it; that’s the usual sequence with natural disasters.

The loss has to be realized, and it has to be calculated on your full holding period. Suppose you bought cruise operator Carnival Corp. a while back at $35 and saw it double to $70 early this year, then crash to $20, at which point you sold. Your loss would be $15, not the $50 damage from the virus.

What if your disaster stock was Chesapeake Energy Corp.
, bought years ago and sold recently? It was in trouble long before the virus landed. A carryback on that one might not survive an audit, since most of the decline was unrelated to the pandemic.

If you want to use Section 165, take this advice:

—Overpay your taxes, and apply the refund you’re claiming to the next year’s estimated tax. Keep doing this until any litigation over pandemic losses is resolved. Then, if the IRS fights the claims and prevails in Tax Court, you won’t owe interest on back taxes.

—Don’t play this game for a small sum of money. You’ll have to invest time or money in it. It’s highly likely that you (or your accountant) will have to hit the “override” button on the tax software used to prepare the return. That may mean having to file on paper and dealing with other complications.

—Make up your mind, if you can, before filing the 1040 due July 15. If you have already filed you can do an amendment on a 1040X, but that increases the chance the IRS will use a magnifying lens on your return.

IRS guidance from 2016 on casualties

‘WandaVision’ debuts Friday, kicking off a new era for Marvel on Disney+
Walmart will test grocery deliveries to a smart cooler on customers’ doorstep
FAFSA Simplification Changes Which Parent Must File The FAFSA
Chinese electric car start-up Xpeng gets $2 billion in credit from state-owned banks
Here’s how to get out of that vacation timeshare amid the pandemic